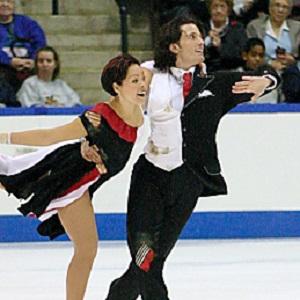 Canadian figure skater best known for his partnership with Megan Wing. Together, they won two bronze medals at the Four Continents Figure Skating Championships in 2004.

He was originally a hockey player.

He became a coach following his retirement from figure skating in 2006, coaching skaters like Nicole Orford and Thomas Williams.

He has twins with wing named Keauna and Tayson.

He and Benjamin Agosto both medalled at the 2004 Four Continents Figure Skating Championships.

Aaron Lowe Is A Member Of