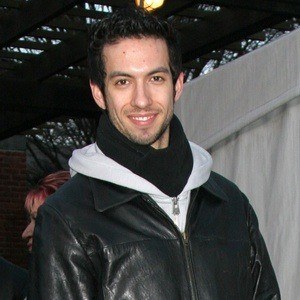 Ice dancer most famous for his partnership with Tanith Belbin. Together, they won the silver medal at the 2006 Olympics and five consecutive U.S. Championships from 2004 to 2008.

He began skating at age six and played in the jazz band at Groves High School.

He became a choreographer for "Disney on Ice" productions following his retirement from competitive skating.

His mother is Jewish and his father is Puerto Rican.

He and Canadian ice dancer Tanith Belbin formed a dominant partnership that lasted from 1998 to 2010.

Benjamin Agosto Is A Member Of