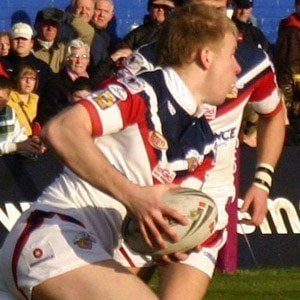 Versatile fullback, center, and winger who made his professional debut in 2008 for the Wakefield Trinity Wildcats.

He joined the Huddersfield Giants in 2012.

He grew up in Leeds, England.

He became teammates with prop Eorl Crabtree on Huddersfield.

Aaron Murphy Is A Member Of