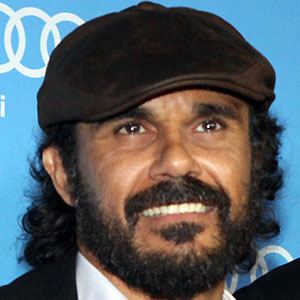 Rose to fame as the leading actor in the Australian TV series, The Circuit.

He started out his career as a journalist for the Australian Broadcasting Corporation.

He was nominated for a 2009 Australian TV award in the Most Outstanding Actor category for his role in The Circuit.

He married Lisa Serma in 1999 and the couple divorced one year later.

He starred in the TV movie series, Jack Irish, alongside its lead actor, Guy Pearce.

Aaron Pedersen Is A Member Of