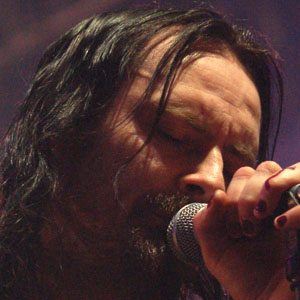 Known for his work with an English heavy metal band called My Dying Bride, this doom metal vocalist and lyricist released twelve albums with the group -- including Turn Loose the Swans and The Light at the End of the World -- between 1992 and 2012.

He and his My Dying Bride bandmates recorded their debut album, As the Flower Withers, in 1992.

He contributed to an album by Sarah Jezebel Deva and the symphonic metal group Angtoria.

Though born in England, he spent a large portion of his childhood in Germany, where his father was stationed with the British Army.

Aaron Stainthorpe Is A Member Of