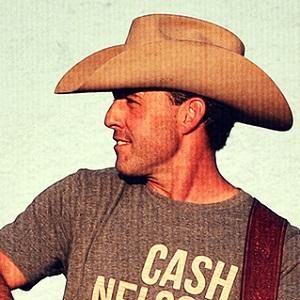 Hard working country music artist who rarely takes a minute off from his career having released 11 albums in a 12-year span with a 12th album called The Underdog scheduled for a 2015 release. He performs hundreds of shows every year as well.

He was raised on his father's record collection, consisting of classic country as well as The Beach Boys and the Beatles, among others. He played baseball until college when his career ending due to an injury.

He has had seven #1 singles on the Texas Music Chart as well as four albums that debuted on the Billboard charts.

He and his wife Kimberly have three children. They tragically lost their fourth child shortly after her birth.

He has collaborated with guests including Willie Nelson, Dale Watson, Jack Ingram, and Billy Joe Shaver.

Aaron Watson Is A Member Of