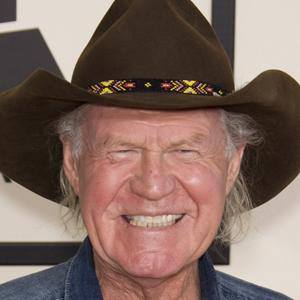 American country singer who was known best for his 1973 album, Old Five and Dimers Like Me, and for his outlaw country sound.

He worked for his uncles picking cotton after leaving eighth grade. He joiend the U.S. Navy when he was seventeen and later had jobs at a lumber mill and as a rodeo cowboy.

He acted in some films, including Robert Duvall's The Apostle in 1996.

He married and divorced Brenda Tindell several times and they had a son, John Edwin, in 1962.

He worked with Willie Nelson on some recordings.

Billy Joe Shaver Is A Member Of