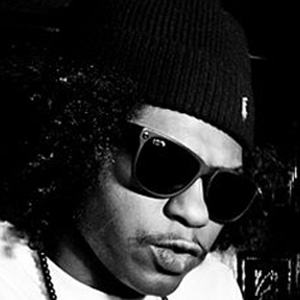 Member of the Los Angeles-based hip-hop supergroup Black Hippy who released his breakthrough album, Control System, in 2012. He is best known for his intricate, but artful style of lyricism, placing him in the conversation amongst hip-hop fans as one of the best at his craft.

He grew up a huge fan of basketball and video games like Sonic the Hedgehog.

He contracted Stevens-Johnson syndrome as a child, which resulted in dark lips and sensitive eyes, both of which are frequently mentioned in his rhymes.

He is a member of Black Hippy with Kendrick Lamar.

Ab-Soul Is A Member Of