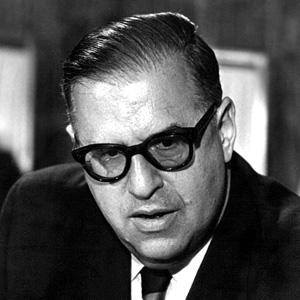 South-African born Israeli politician and diplomat who served as Israeli Foreign Affairs Minister from 1966 to 1974. He defended Israel's reputation in the aftermath of the Six-Day War and used the land that Israel seized in their victory to broker for peace.

He was an intelligence officer in Egypt, training others to combat the Nazis.

His son, Eli Eban, is a renowned clarinetist who teaches at Indiana University.

He was an important figure in Israeli politics during the 1960's like Golda Meir.

Abba Eban Is A Member Of