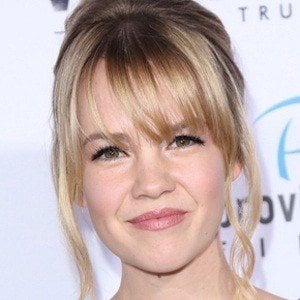 Known best for playing Kimantha on ABC's Suburgatory and Emily Bradford on The CW's 90210, Cobb also appeared in episodes of Medium, The Mentalist, American Horror Story, and Big Time Rush and appeared in the 2010 TV movie StarStruck.

Early in her career, she acted in several Los Angeles stage productions and played a small role in the 2009 film The Missing Person.

She wrote and published an acting business advice book titled Stuck on a Ferris Wheel.

A native of Papillion, Nebraska, she relocated to Los Angeles in her late teens.

She and Allie Grant were both in the cast of Suburgatory.

Abbie Cobb Is A Member Of