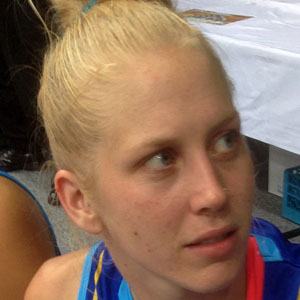 Forward who became a member of the Seattle Storm in the WNBA and the Australian Olympic team.

In her rookie WNBA season she gathered minutes toward the end of the season, when the Storm were resting stars in advance of the playoffs.

Internationally, she represented Australia in the junior competitions, and played for the Olympic squad in qualifiers for 2012 London Olympics.

She was born in Booleroo Centre, South Australia.

She and Kyrie Irving became two of the best-known Australians playing basketball in the U.S.

Abby Bishop Is A Member Of