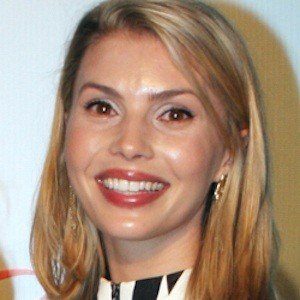 Actress known for her role on the Australian TV show A Place to Call Home. After the show was cancelled, she quickly made her way to Los Angeles.

She's said that she began reading scripts while she hid out in school to avoid being bullied.

She was nominated for a Logie Award for Most Popular New Talent.

She grew up in the small town of Broulee.

She starred alongside Maeve Dermody in A Place to Call Home.

Abby Earl Is A Member Of