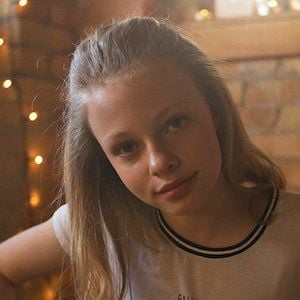 At the age of 4, she began taking singing lessons after being discovered at a summer camp music program. She then began taking piano and guitar lessons.

She and Sarah first earned attention by posting a cover version of Jason Mraz's "I'm Yours."

Her mother's name is Liane Ginsburg.

While on The Ellen DeGeneres Show, she and Sarah performed covers of Sam Smith songs.

Abby Ginsburg Is A Member Of