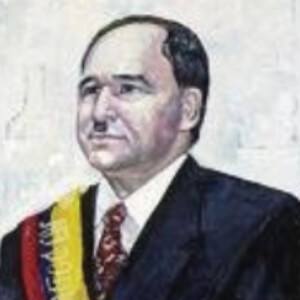 Politician who served as the 38th President of Ecuador from August 1996 to February 1997. He was impeached from the presidency after being found mentally unfit to rule by the National Congress of Ecuador.

He grew up in playing soccer in the streets of Guayaquil, Ecuador.

He was a champion hurdler who served as Ecuador's flag bearer at the 1972 Summer Olympics.

He is the father of politician and former soccer player Abdalá Bucaram Jr.

Like Rafael Correa, he is a former President of Ecuador.

Abdala Bucaram Ortiz Is A Member Of