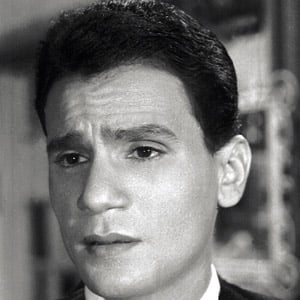 Singer and actor from Egypt considered one of the most iconic figures in the history of Arabic music. He is best remembered for popular songs like "Wanderer" and "Wherever My Heart Leads Me".

He attended Ciaro's Arabic Music Institute and got his start as a singer in the city's club scene.

His influence on Egyptian culture is so great that his songs were sung by protesters during the Egyptian revolution of 2011, more than thirty years after his death.

He was raised as an orphan after both his mother and father died within five years of his birth.

He and Umm Kulthum are two members of what is considered the Great Four of Arabic Music.

Abdel Halim Hafez Is A Member Of