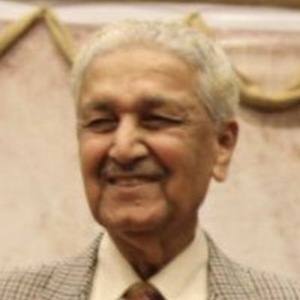 Pakistani nuclear scientist who participated in his country's atomic bomb project and made significant contributions in molecular morphology.

He founded and established the Kahuta Research Laboratories in 1976 and served as its Director General until 2001.

He was put under house arrest after he came under suspicion of treason.

He had two children with his wife Henny Qadeer, whom he married in 1964.

He was pardoned by President Pervez Musharraf in 2004.

Abdul Qadeer Khan Is A Member Of