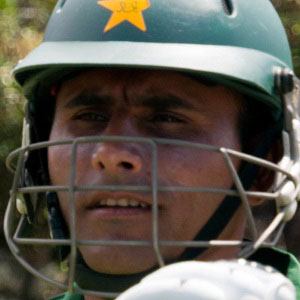 Pakistani all-rounder who led Pakistan to its first-ever ICC World Twenty20 title in 2009. In domestic cricket, he has played for teams like the Melbourne Renegades and Hyderabad Heroes.

He was born in Lahore, Punjab and made his ODI debut against Zimbabwe in 1996.

At age 20, he became the youngest bowler ever to take a hat trick, doing so against Sri Lanka in 2000.

He won the 2009 ICC World Twenty20 with teammate Kamran Akmal.

Abdul Razzaq Is A Member Of