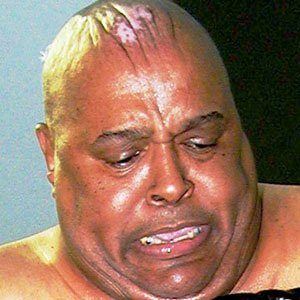 Born Lawrence Robert Shreve, also known as The Madman from the Sudan, one of the most famous "hardcore" wrestlers ever.

He excelled at karate and judo in his teens.

The scars on his forehead were a result of frequent "blading," or intentionally cutting one's forehead with a razor to give the impression that another wrestler's blow did damage.

He was raised in a family of 10 children.

His outrageous, hyper-violent style served as an inspiration for later wrestlers such as Sabu.

Abdullah The Butcher Is A Member Of