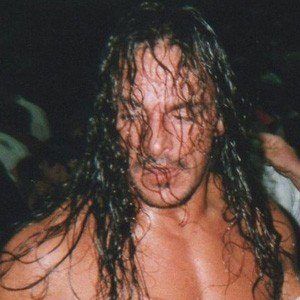 He started wrestling under his uncle, The Sheik, and his promotion, Big Time Wrestling, as "Sabu the Elephant Boy."

His character at ECW was a Hannibal Lecter-type psychopath, wheeled onto the stage strapped to a gurney and muzzled.

His Japanese wife became part of his act, taking on the name Mibu.

In 2006, he wrestled WWE World Heavyweight Champion Rey Mysterio in a pay-per-view match, but after both men crashed through a table, the fight was ruled 'No Contest' and Mysterio retained his title.

Sabu Is A Member Of