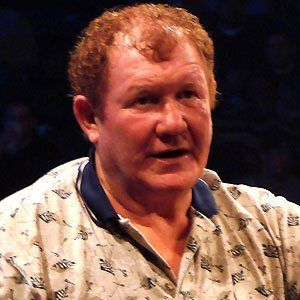 Considered one of the greatest wrestlers of all time; WWE and WCW Hall of Famer, and an 8-time NWA World Heavyweight Champion.

He trained as a teen under former world champion wrestlers Stanislaus and Wladek Zbyszko.

His wife, Vivian Louise Jones, was killed in a car crash. He later married B.J. Race from 1982 until 2009. He had sons named Leland and Justin.

His June 10, 1983 match against Ric Flair was named as the Match of the Year by Pro Wrestling Illustrated.

Harley Race Is A Member Of