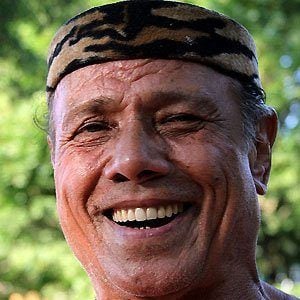 Known by the nickname Superfly, he was an iconic WWE wrestler from the 1980s to early 1990s.

He won Mr. Hawaii and Mr. Waikiki competitions as an amateur bodybuilder.

He was known for his fearless attacks from the top rope.

He was married three times. He had five children named Sarona, Jimmy, Liana, Ata and Tamina.

He was joined by Hulk Hogan as a member of the WWE Hall of Fame in 2005.

Jimmy Snuka Is A Member Of