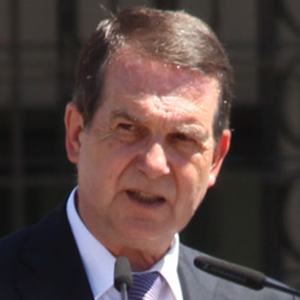 Accomplished politician and economics professor who became the Mayor of the Spanish city Vigo in 2007. He has also earned recognition as the president of the Spanish Federation of Municipalities and Provinces.

He studied at the University of Santiago de Compostela.

He served as the Spanish Minister of Transport from 1985-88.

He was born in Ponteareas, Galicia, Spain.

Pablo Iglesias and Jose Blanco-lopez are two other successful politicians with Spanish ancestry.

Abel Caballero Is A Member Of