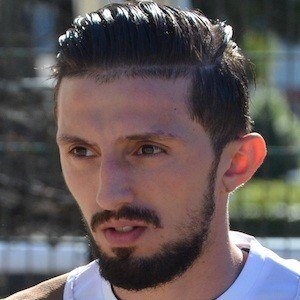 French-Algerian attacking midfielder who has played for Union Sportive Medina D'Alger (USMA). He has also played for Stade Brestois and SAS Epinal.

He started playing at the local soccer clubs while growing up in France.

He signed with SAS Epinal and became their first choice striker at the youth level.

He is of Tunisian descent, but moved to France with his parents at a young age.

He and Karim Benzema are both French soccer players.

Abel Khaled Is A Member Of