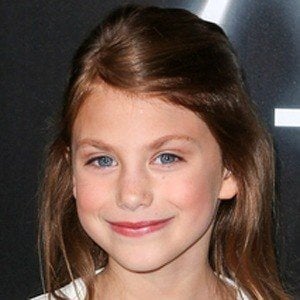 Child actress who landed her biggest role in 2016 when she appeared in the film Arrival. She'd go on to book television roles as Lake Sadler-Greene and Lily Painter in Ten Days in the Valley and Channel Zero, respectively.

She debuted as an actress at the age of 5 when she appeared in the Gabby Douglas Story.

She has danced competitively and enjoyed swimming when not acting.

She grew up in Fort Garry, Winnipeg, Canada. Her father's name is Jeff.

She starred opposite Amy Adams in Arrival.

Abigail Pniowsky Is A Member Of