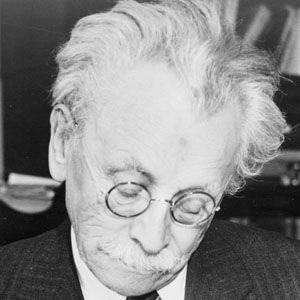 A socialist newspaper editor and novelist who wrote in both Yiddish and English, he is best known for works such as Yekl, A Tale of New York City (1897) and The Rise of David Levinsky (1917). He became a key figure in the development of the Jewish Daily Forward, a famous socialist newspaper.

He became a Jewish government school teacher in Russia in the early 1880s. Later, he immigrated to the United States, where he worked in journalism and taught English lessons to Jewish immigrants.

He published his debut short story, A Providential Match, in 1896.

He was born in Lithuania. His grandfather was a rabbi and his father was a Hebrew teacher.

Abraham Cahan Is A Member Of