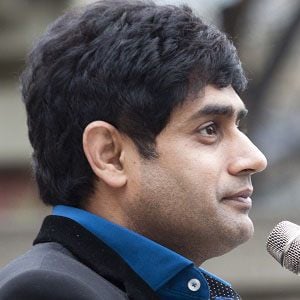 Singer and politician who sold over 16 million copies of his debut album alone. By 2007, he had released seven albums.

Before he began his singing career, he'd already gotten his bachelors degree and his masters degree. He soon began teaching before he realized singing was his true passion.

In 2011, he began pursuing a political career by joining Pakistan Tehreek e Insaf. Since, he had become their secretary of foreign affairs.

He was born in Narowal, Pakistan. Because his father was a civil servant, he moved extensively throughout his childhood.

He is a popular singer from Pakistan like Atif Aslam.

Abrar-ul-Haq Is A Member Of