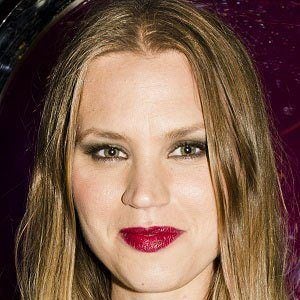 Scandinavian pop singer who became known for a 2014 Swedish chart-topping single entitled "Busy Doin' Nothin.'" Her other popular songs include "Do It" and "B*****s Like Fridays."

She placed second in the 2014 Melodifestivalen vocal talent competition.

Her first album, A Wilder, won a Scandipop Award for Best Album of the Year.

She was born Alice Kristina Ingrid Gernandt in Stockholm, Sweden. She spent a large portion of her youth in Miami, Florida. She grew up with a sister.

She and Eric Saade both had careers as early 21st-century Swedish pop singers.

Ace Wilder Is A Member Of