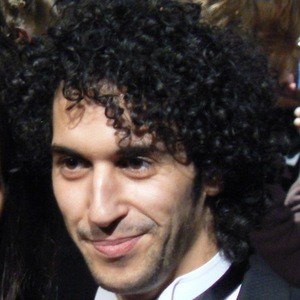 Dutch-Moroccan actor who originally became famous to television audiences for playing Rachid in popular commercials for Albert Heijn. He starred on Het Huis Anubis for three years before appearing on series like Bluf and Moordvrouw.

He grew up in The Hague and made his screen acting debut in 2007.

He received a Golden and Platin Film Award for his performance in the 2008 film Anubis: Het Pad der 7 Zonden.

He has three siblings. Both of his parents are from Morocco.

He co-starred with Wendy van Dijk on the series Moordvrouw.

Achmed Akkabi Is A Member Of