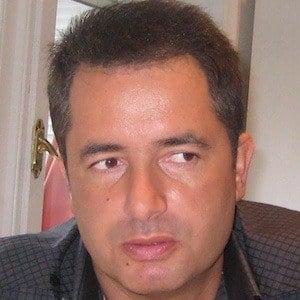 Turkish television producer and businessman who founded the the company Acun Medya, which broadcasts Turkish versions of reality shows like The Voice, Survivor and Dancing With the Stars. In November 2013, he acquired the network TV8.

He ran a clothing shop on Bagdat Caddesi until the age of 21. He then got his start in the television business as a sports reporter at Show TV.

In defiance of Turkish martial laws, he is the first public figure in Turkey to be married to two women simultaneously.

He has been married twice. He has children named Yasemin, Banu, Melissa and Leyla. He married Seyma Subasi.

He and Turkish comedian Ata Demirer have both acted on the comedy series Avrupa Yakasi.

Acun Ilicali Is A Member Of