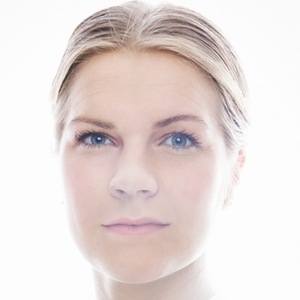 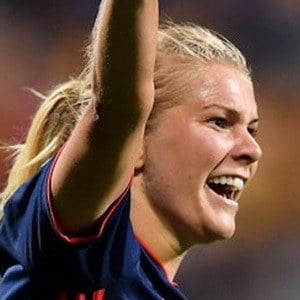 Striker who has been widely recognized as one of Europe's best women's soccer players, earning such accolades as the BBC Women's Footballer of the Year award for 2017. She has had enormous success with Olympique Lyonnais Féminin, winning multiple Division 1 Féminine, Coupe de France and UEFA Women's Champions League titles.

She was raised in Sunndalsøra, Norway where she played for Sunndal Fotball.

In 2015, she received the Norwegian Gold Ball, becoming the first women's player to win the award in 20 years. She was also named UEFA Female Player of the Year in 2016. She was D1F best goalscorer for three consecutive years.

She was born in Sunndalsora, Norway. She is the sister of soccer player Andrine Hegerberg. She also has a brother named Silas.

Like Martina Rosucci, she competed at the UEFA Women's Euro 2017..

Ada Hegerberg Is A Member Of