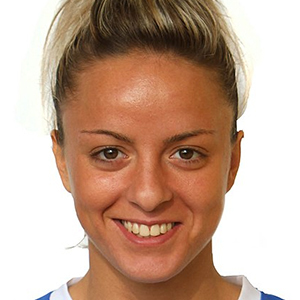 Midfielder who debuted for the Italian women's senior national team in 2013 and has competed in multiple UEFA Women's Euro tournaments. She is also known for her years with clubs like ACF Torino, ACF Brescia and Juventus FC.

She was raised in Collegno, Italy and studied sports sciences at the University of Brescia.

She won the Italian Women's Cup with ACF Brescia in 2013.

She has a twin brother named Matteo.

She and Kika van Es both competed in the UEFA Women's Euro 2017.

Martina Rosucci Is A Member Of