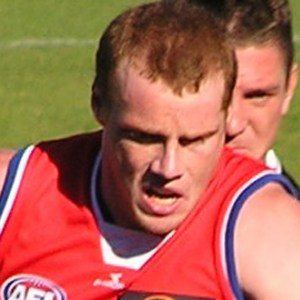 Forward and midfielder who played for the Western Bulldogs from 2004 to 2014. He became the tenth Bulldog to win the Brownlow Medal in 2008.

He played for the Flagstaff Hill Football Club in high school.

He married Haylea McCann in 2009. They have two kids named Jaxon and Ashlea.

He was teammates with Brett Goodes on the Western Bulldogs.

Adam Cooney Is A Member Of