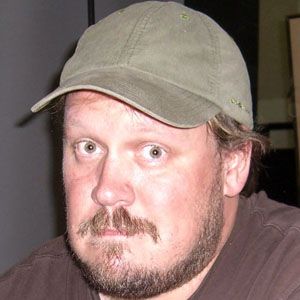 Known best for his cover art for DC Comics' Wonder Woman and Catwoman series and for his pinup-style cartoons for Playboy magazine, Hughes also contributed to the Before Watchmen: Dr. Manhattan miniseries and to Marvel's X-Men Annual.

Early in his career, he drew comics for the Eagle, Death Hawk, and Maze Agency publications. In his mid-twenties, he began working for the Atlanta-based Gaijin Studios.

He worked on several Star Wars comics for Dark Horse.

He spent the first two-and-a-half decades of his life in Florence Township, New Jersey and later settled in Atlanta, Georgia with his wife, graphic designer Allison Sohn.

At one point in his career, he was employed by screenwriter Joss Whedon's Mutant Enemy production company.

Adam Hughes Is A Member Of