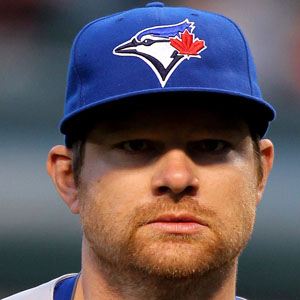 MLB first baseman and designated hitter who began his career with the Toronto Blue Jays in 2006.

He played in triple-A Syracuse, where he batted .282 in his last season.

In 2009, he hit three home runs in one game against the Boston Red Sox.

He grew up in Muncie, Indiana. In 2010, he married Lakeyshia Bertie.

He and Dave Winfield both won the Edgar Martinez Award with the Blue Jays.

Adam Lind Is A Member Of