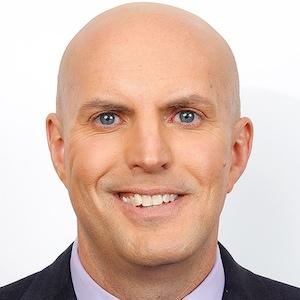 Stand-up comedian best known for appearing regularly on the NFL Network as one of the co-hosts of NFL Fantasy Live.

He studied at Cal State Fullerton and has been published in the LA Times, Orange County Register, and the New York Times.

He was at the Cardinals vs. Cowboys football game which was used for the film Jerry Maguire.

He married Jennifer Rank. His sister Whitney was a production assistant on The Sopranos, the Hoax, and The Caller.

He and Amber Theoharis work at the NFL Network as hosts of programs.

Adam Rank Is A Member Of