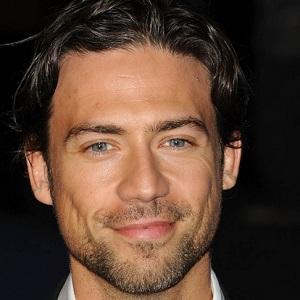 Known best for his starring role as Barry Al-Fayeed in the FX series Tyrant, this British actor also had a successful stage career, performing in English productions of Romeo and Juliet (at the Royal Shakespeare Theatre) and Rivals (at the Bristol Old Vic).

Early in his career, he appeared in the ITV series Making Waves and in the BBC One drama Mistresses.

He donated his time and money to an arts-focused charity called the Lavender Hill Mob Theatre Company.

A dual citizen of the United Kingdom and the United States, he was born in Shrewsbury, England to a British father and an American mother. He began dating actress Lucy Brown and together they had a son in 2014.

He acted in a 2012 television pilot for a show produced by fellow British actor Roger Moore; unfortunately, networks failed to pick up the series.

Adam Rayner Is A Member Of