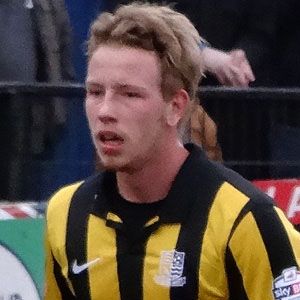 Defender who made his professional debut in 2010 with Watford and made his first international appearance for Northern Ireland in 2011.

He played youth soccer for Watford.

He officially signed with Southend United in 2014 after playing on loan with them the previous season.

He was born in Harlow, England.

Striker and winger Britt Assombalonga joined him on Watford in 2011.

Adam Thompson Is A Member Of