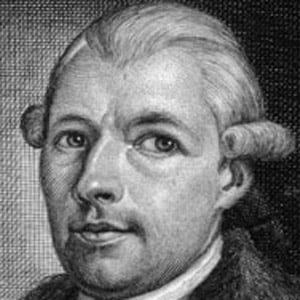 German philosopher who is known for founding the Order of Illuminati, a secret society that enlists powerful people from various professions.

He studied at University of Ingolstadt and became a law professor. He also joined the Freemasons in 1777.

He attempted to develop a way to perfect human nature so that organized government and religion would no longer be needed, but he was exiled for his philosophies.

He married Afra Sausenhofer in 1773.

Modern day incarnations of his Order of Illuminati have been dramatized in the novels of Dan Brown.

Adam Weishaupt Is A Member Of