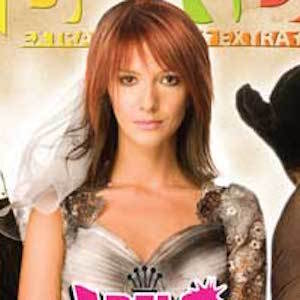 Perhaps most well known for her portrayal of Raluca Dumitrescu in the Romanian teen musical television series Pariu Cu Viata, she is also notable for her title role in the series Aniela, as well as for her performance in the 2009 movie Weekend with My Mother.

In her late teens, she made her television debut in the Romanian soap opera Numai Iubirea.

She was born and raised in Valcea, Romania. In 2010, she began a relationship with television host Radu Valcan.

She is a contemporary of fellow Romanian actress Anamaria Marinca.

Adela Popescu Is A Member Of