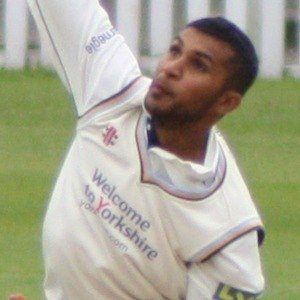 English cricketer known for is talent as a leg spinner. He joined Yorkshire at the start of his senior career in 2006 and has also played for the Adelaide Strikers.

He first gained notice for his talent when he was a young teenager and spent his junior career with Yorkshire.

He grew up in Bradford with his brother Amar, who's also played professional cricket.

He's been teammates with Tim Bresnan on Yorkshire.

Adil Rashid Is A Member Of