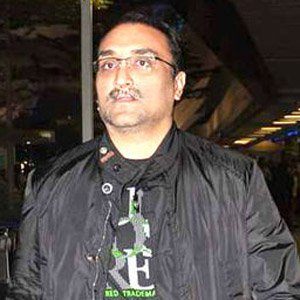 Known for his directorial work on such Indian comedy and musical movies as Mohabbatein and Dilwale Dulhania Le Jayenge and for his screenwriting and producing work on Hum Tum and Veer-Zaara, this acclaimed filmmaker received Zee Cine, Filmfare, and Aspara awards.

After studying at the Bombay Scottish School, he began his film career by assisting his director father on such early 1990s films as Darr and Lamhe.

Throughout his career, he avoided the press and reportedly suffered from personality and mood disorders.

He was born in Mumbai, India, to Hindi film industry director Yash Chopra and Bollywood singer Pamela Chopra. He was married to Payal Khanna from 2001 to 2009. He later married Bollywood star Rani Mukherjee in 2014 and the couple had a daughter named Adira.

He co-founded Yash Raj Films (YRF), an Indian production company that launched the careers of such filmmakers as Karan Johar, Jaideep Sahni, and Sanjay Gadhvi.

Aditya Chopra Is A Member Of