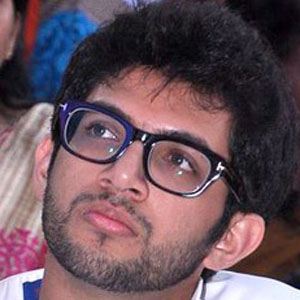 Indian politician who became Leader and Chairperson of the Yuva Sena in 2010.

He studied history at St. Xavier's College in Mumbai and then took law classes from KC Law College, also in Mumbai.

He released a book of poems, titled My Thoughts in White and Black, in 2007.

He is the son of Uddhav Thackeray, the leader and chairperson of the Shiv Sena.

He entered office while Pranab Mukherjee was President of India.

Aditya Thackeray Is A Member Of