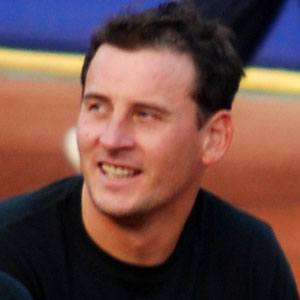 Former Romanian tennis player who ranked as high as 13th in the world during his career. He reached the quarterfinals of the 2002 French Open but never captured a Grand Slam title.

He became the coach of Austrian tennis player Tamira Paszek in 2012.

He married Simone Pavel in 1994. Together they had two children, Caroline and Marius.

He and Andre Agassi both made it to the quarterfinals of the 2002 French Open.

Andrei Pavel Is A Member Of