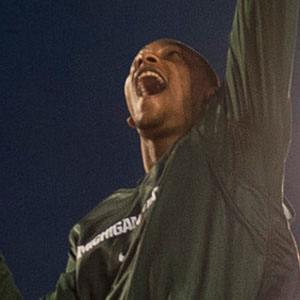 Power forward/center who helped lead Michigan State to the Sweet 16 in 2012 and 2013 and the Elite Eight in 2014. He was selected 15th overall in the 2014 NBA Draft by the Atlanta Hawks then traded to the Minnesota Timberwolves midway through the 2014-15 season.

He starred at Jefferson High School, and led the team to a Division IV state championship.

As a junior at Michigan State he led the Big 10 in free throw percentage, despite being a center.

His parents are Thomas Payne and and Gloria Lewis, though he was raised mostly by his grandmother, Mary Lewis.

The legendary Tom Izzo coached him during his four years at Michigan State.

Adreian Payne Is A Member Of