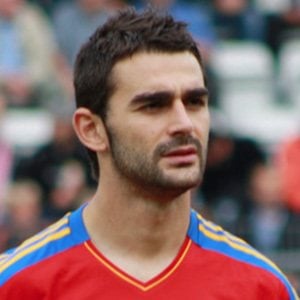 Forward who has gained fame for his club career played throughout Spain and Portual, including for Atlético Madrid of La Liga between 2011-2014. He won the 2013 Copa del Rey and 2014 La Liga titles with the squad before transferring to FC Porto in 2014.

He played his youth soccer within Oviedo's youth academy. He made his pro debut in 2005.

He led Spain's U-21 squad to the UEFA European Under-21 Championship title en route to being named the tournament's Golden Boot winner. He won the 2012 UEFA Europa League title with Atlético Madrid.

His parents' names are Maria and Jose.

He and Yacine Brahimi have played as teammates for FC Porto within Portugal's top flight Primeira Liga.

Adrián López Is A Member Of