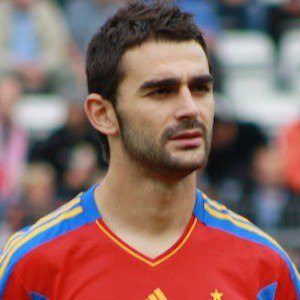 Soccer forward who won four titles with Atletico Madrid, including the Copa del Rey in 2013 and La Liga in 2014. He has played internationally for Spain, winning the UEFA European Under-21 Championship in 2011.

He came up through the youth system of Real Oviedo.

He grew up in the municipality of Teverga.

He played alongside Javi Martinez on the Spanish team at the 2012 Summer Olympics.

Adrián López Álvarez Is A Member Of