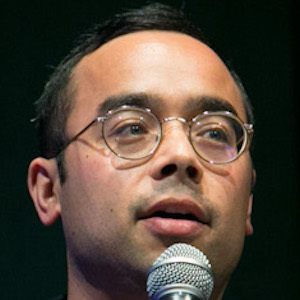 Writer who primarily works as a tech journalist for noteworthy publications and websites including The New Yorker and Gawker. He famously outed Reddit user Violentacrez a.k.a. Michael Brutsch who moderated controversial subreddit r/Jailbait that featured photos of underage girls taken in a sexual capacity and shared without their consent.

He started working for Gawker in 2009 after finishing an internship with Slate.

He also wrote an exposé of Silk Road, a dark web market that faciliated the illegal sale of drugs and numerous other blackmarket items. The article prompted Senators Chuck Schumer and Joe Manchin to call for the website to be shut down.

He has two sisters and his father Harry is an ER physician who also served as the Vermont Health Commissioner. His mother's name is Anne.

He directed a short film called The Moderators about internet moderators that was featured on Last Week Tonight hosted by John Oliver.

Adrian Chen Is A Member Of