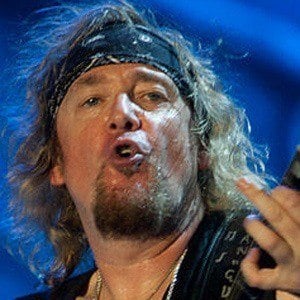 Guitarist with the heavy metal band Iron Maiden who also worked on projects like ASAP. He left Iron Maiden in 1990 but returned in 1999.

He has been in rock bands since he was sixteen years old. His first band was called Urchin, which he founded after he dropped out of school.

He was in the band Psycho Motel after he first left Iron Maiden.

He has three children with his wife Nathalie Dufresne-Smith.

He was in Iron Maiden with Dave Murray.

Adrian Smith Is A Member Of