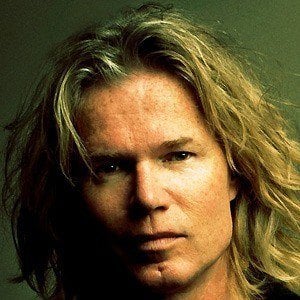 Guitarist for the rock band Whitesnake and for Vandenberg, which he founded in 1981. He also co-founded MoonKings at the end of 2013.

He toured, to great success, with Burning Heart and initially turned down the offer to join Whitesnake.

He released the song "A Number One" for the FC Twente football team.

He grew up in The Hague, Netherlands.

Because Vandenberg injured his wrist, Steve Vai temporarily played in Whitesnake for him.

Adrian Vandenberg Is A Member Of