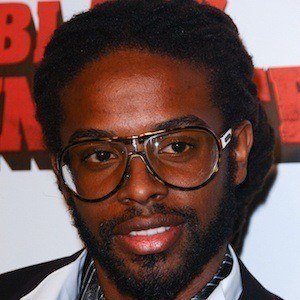 Composer, arranger, and music producer who is best known for his work on a variety of films including Black Dynamite and Luke Cage.

He played bass and keyboards in a band during the late 1990s and began composing after sampling a variety of different records with an MPC. He quickly learned to play several instruments and experimented with recordings which resulted in the release of his first EP Venice Dawn.

In addition to scoring films, he also works as an editor for feature length films and is an entertainment law professor. He also owns and operates a record store in Los Angeles called Artform Studio.

He has worked and collaborated with a variety of musicians and celebrity clients including CeeLo Green, Kendrick Lamar, Ali Shaheed, and Ghostface Killah.

Adrian Younge Is A Member Of